The current emergence and spread of COVID-19, as well as SARS, MERS and other similar viral outbreaks in recent history, has highlighted the threat posed by the eating of wild meat and the wildlife trade to human health. However, as the current viral epidemic has also shown, action in one country is not enough.

“Southeast Asian countries must learn from China’s example and ban the sales of wild meat for the health of their citizens and to prevent damage to their economies, as is happening currently due to COVID-19,” said A. Christy Williams, WWF International’s Regional Director, Asia Pacific. “This means that they must stop the trade from moving into their territories. As we saw in the case of the ivory trade ban in China, the trade will just move across borders where enforcement is less robust, creating new trade hotspots.”

The CEOs of WWF’s Asia Pacific offices call on governments in East and Southeast Asia to follow the example set by China and impose their own permanent bans on consuming and trading in wildlife. The national, regional and global cost of COVID-19 is running into billions of dollars and the economic impact will be felt for years to come. Action must be taken now before the next epidemic emerges, causing more human suffering and death.

“During past epidemics that originated in wildlife markets, containment of infected individuals has been the primary approach,” said Ron (Ryuji) Tsutsui, CEO of WWF Japan and Chairperson of “Asia Pacific Growth Strategy”, WWF CEO’s group in Asia Pacific. “China’s decision to deal with the source of the problem - permanently closing markets and banning the eating of wild meat - is a game changer. All Asian governments need to follow this example in the interest of human health, as well as the conservation of wildlife.” 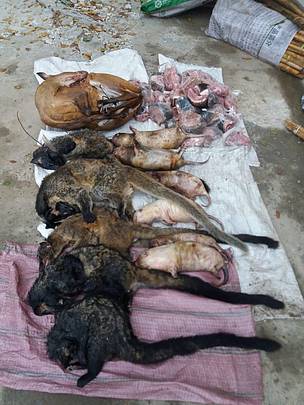